I found myself attending a documentary style photographic exhibition by three young photographers the other night.

At first, seeing the exhibition title “Twenty Journey”, to be honest, I was not intrigued.
It was only after I saw twenty guests attending on my friendship list on Facebook that I started becoming interested. However I was still sceptical.

To me artists like David Goldblatt laid the foundation in terms of documentary style photography in the History of South African Art, and younger artists such as Guy Tillim, Pieter Hugo and Zwelethu Mthethwa challenged these aesthetic foundations. Rodger Ballen is perhaps the artist who set the foundation for a stylised, posed, more contemporary ‘studio-non studio’ type aesthetic.

To me it seemed near impossible that these three young men, one white English, one white Afrikaans and one black, could produce challenging photographs with titles and subject matter such as ‘Born frees’, ‘Land’ and ‘Idiosyncrasies’. To me it seemed like these phenomena have been used and reused, visited and revisited so often post-1994 that there was little left to explore. I was even a bit taken aback by the poster displaying all three of them in what looked like a ‘stereotyped’ characterised depiction. It appeared to me like some kind of politically correct (almost satirical) marketing stunt.

To my surprise, I was blown away (and I have to admit very wrong).
Sean Metelerkamp, Sipho Mpongo and Wikus de Wet challenged and changed my entire view on documentary photography in current South Africa.

I obviously did not like all the photos but overall I was very impressed. Influence from one or all the above mentioned older artists was visible in the images these new guys produced. They just did it in such an honest open and revolutionary way. 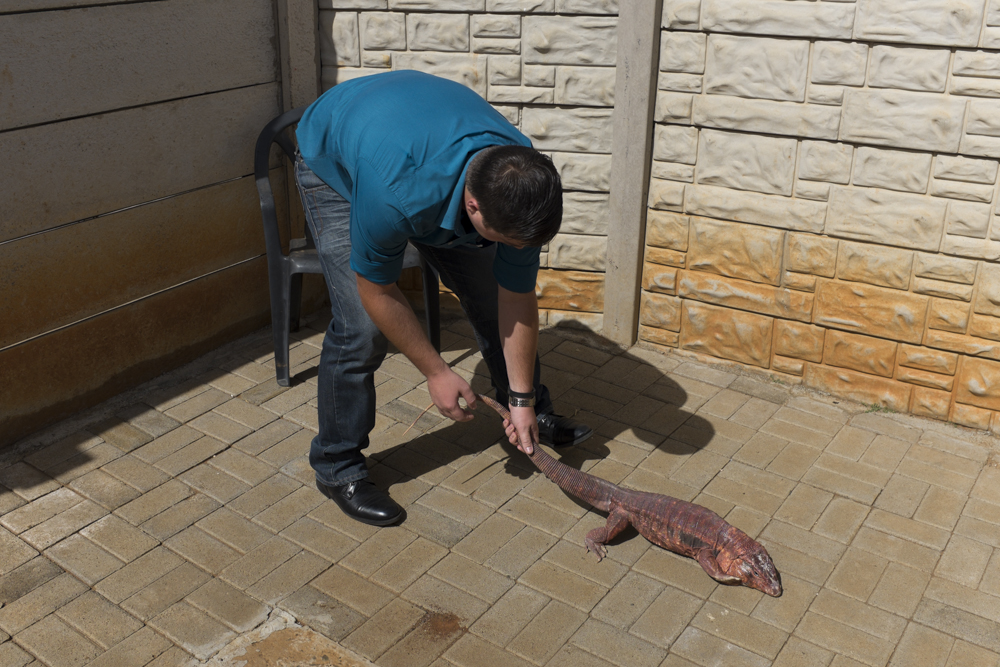 The strongest image of the exhibition to me personally was this one by Sean Metelerkamp.

The other two images that really stood out to me were these by Wikus de Wet: 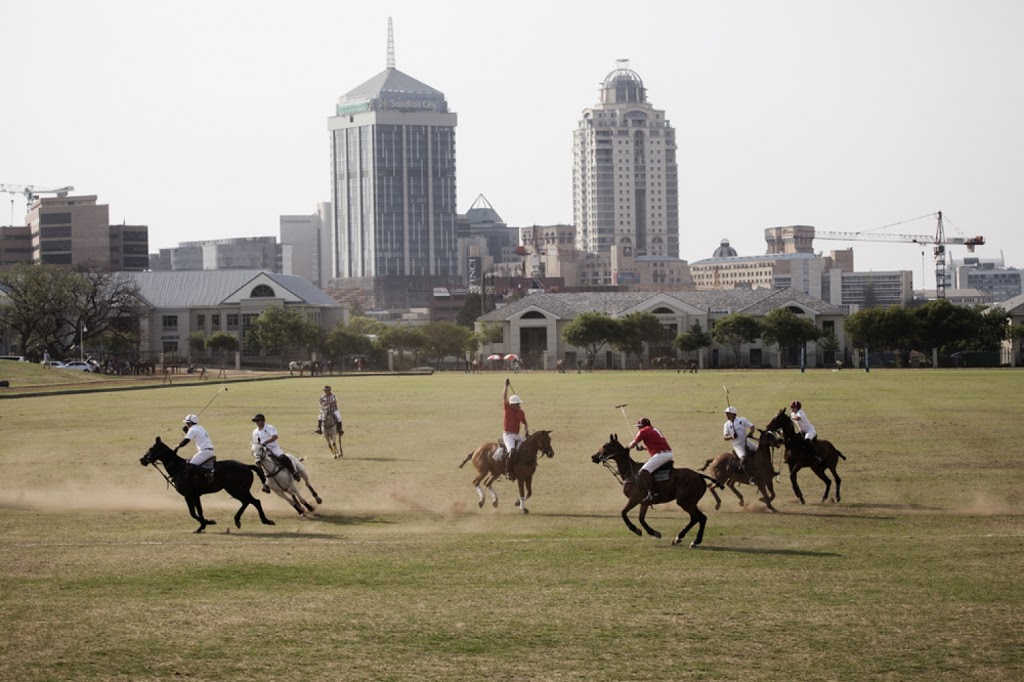 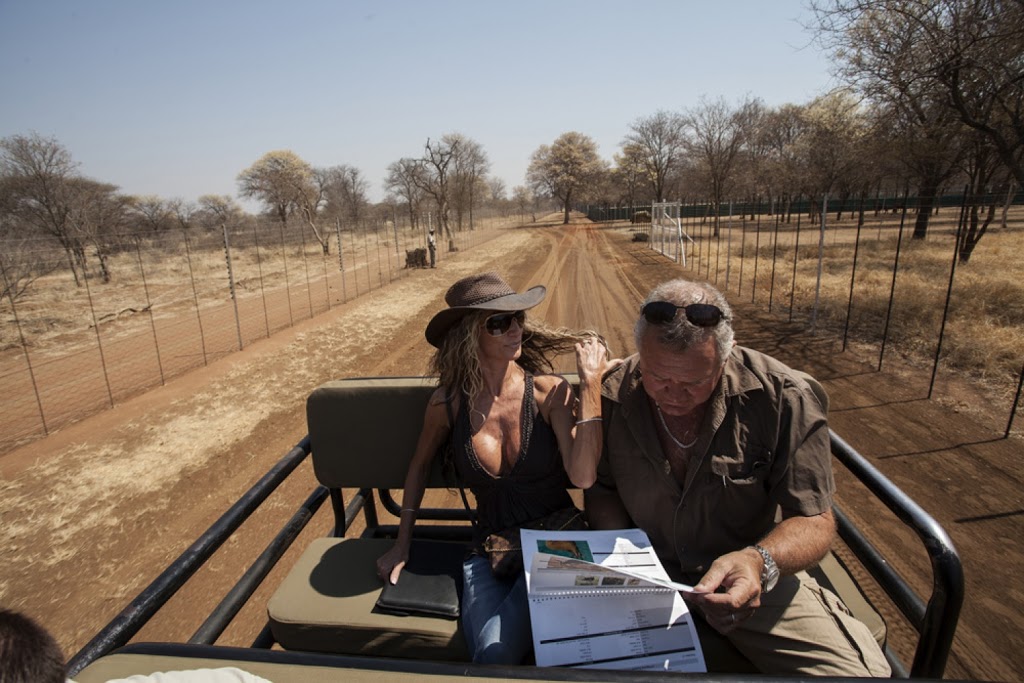 These images struck me as the best for personal reasons which I won’t go into detail about here.

I do need to explain Metelerkamp’s image (the first one) though in order for my story to make sense.

I will do so later on in this post.

To me de Wet had the strongest body of work.

Upon arrival at the gallery I was surprised at seeing de Wet in Khaki clothing. They were relating to their poster, an attempt to create 3 diverse characters as part of a satirical marketing stunt – almost Leon Schuster inspired!!!!

I met de Wet after the show, and I have to admit (again) that I was wrong.

This man is as true to his work as one would ever find
.
He really wears two tone Khaki shirts, and he does so with pride.

A humble, insightful, pro-active, sensitive and most importantly true artist if I have ever seen one.

Anyway, back to the story …

After the exhibition I went out with some friends who had contributed to putting the show together with these artists. The artists would join us later at the bar, when I would realise my wrongful prejudice ??

At the exhibition, I could not pinpoint exactly what it was about Metelerkamp’s image with the Likkewaan that intrigued me so much. It was only at the bar when a friend held out his bank card, asking me if ‘’I would like to break it’’ (the bank card) in a tone that made it sound like it was a pleasurable, satisfactory thing to get rid of something in a destructive way.

This immediately made me think of an occurrence that happened a while back, when keys to a locked bedroom door at my house were lost, and I mentioned this to another friend at the time. His reply was almost exactly the same. In the same excited-by-the-opportunity-to-destruct tone as my bank card friend, this friend asked if he could: ‘’Please kick the door down?!…”

Needless to say, I let my friend kick the door down (back then) and I did snap the bank card (at this bar).

As soon as I snapped the card it occurred to me…

The reason I relate to this image of Metelerkamp so much was exactly this:

With a dad farming cattle in the Limpopo province, and me growing up in a culture where animals, domestic and wild, was and is still today often seen as only ‘for profit’, I have witnessed a fair share of animals being mistreated (often in a playful almost sadistic way).

What comes to mind is an instance (I must have been 22 or 23) when me and my boyfriend at the time visited some friends of his in Bloemfontein.

The animal was already stolen and in a bathtub with tape around his jaws when we arrived.

The guys showed off the crocodile to us (almost as if it was some kind of achievement).

I remember peering into the bathtub and seeing the reptile looking so scared.

I will never forget how this made me feel.

I felt sick, very guilty- I am not sure why – because of my humanity perhaps, or because I was helpless.

I wanted to leave, phone the SPCA or get the crocodile some help. Nevertheless, with pressure from my boyfriend and his one friend, I failed to do so in time. Maybe that is why I still feel so guilty.

He was killed the next day without my knowledge. I will rather spare the details of how they killed the poor animal.

I have witnessed (maybe not to such an extent as the example above) animals being killed.

Once my cousin killed a huge black mamba the dog was aggravating on my dad’s farm.

I remember crying whilst witnessing his shrieks of joy as he repeatedly yelled out with pleasure every time he struck the snake.

I will never forget the snake swinging what was left of his body around with such fight.

It broke my spirit.

It made me ashamed to be human.

It has only ever been in environments like these (farms, farmers and around often drunk ‘Afrikaner’ men) that I have seen humans getting such pleasure from hurting and/or killing a defenceless animal.

Please note: I am not saying all men are like that, nor am I saying all Afrikaans men or all farmers or Afrikaans farmers are like that. That would definitely not be true. Nor am I restricting it to only Afrikaans men. I am purely referring to my experience and how it relates to my interpretation of this image of Metelerkamp.

My father is one of the biggest lovers of nature and animals I have ever known.

He is both Afrikaans and a farmer.

The boys in Bloemfontein with the crocodile were farmers, but not all of them Afrikaans.

I think what I am trying to say has nothing to do with this particular image of Metelerkamp’s even.
I am trying to say that sometimes one event (snapping the card) can remind you of other events (such as the locked door) which in turn is all shaped and interpreted by personal experience.

What makes one image (artwork) better than another, one artwork more ‘valuable’ to one viewer and not another is a result of personal experience.

For the above reason I believe the only way an artwork can be strong and good is if an artist creates art from a very personal place.

In this case titles such as –‘Born frees’, ‘Land’ and ‘Idiosyncrasies’ relate to a generation or generations of many races and diversely different people.

The style is documentary and universal, yet all three artists had three different bodies of work, interpreted by hundreds of fellow South Africans in hundreds of different ways.

Metelerkamp, de Wet and Mpongo in my opinion succeeded to put together a powerful show, depicting an issue, or issues us South Africans relate to in so many different ways. At the same time you cannot see their story, their journey, their experience without confronting your own interpretation of their images.

You guys have proven to me once again that art that comes from within is the real deal.

P.S: You have also made me remember not to judge before investigating… ??