I went to Afrikaburn festival 2014.

It’s a festival like Burningman in the desert (the beautiful Karoo).
See www.afrikaburn.com .

The only knowledge I had of the festival before going was a flash of what was shown on the Afrikaans news a few years earlier..

Needless to say the image of a burning sculpture I saw that night (almost 8 years ago) often flashed in my head.

I never really thought of going- but wondered about that image on more than a few occasions.
To be specific, I remember psychedelic shapes and purple together with a wooden sculpture of a stick figure, flames and people yelling.

So last year I happened to be in a circle of friends that attend this event annually, and I decided to go see for myself.

I love the Karoo, and was beyond excited that the event was held on this landscape.
I was quite amused (and somewhat annoyed) by the prep that was required for this event.
The people I was going with held meetings, collected materials for their camp, stressed the importance of a decorated bicycle and much more, months before the event.

I could not understand how people allowed a festival to take up so much of their time..
Under pressure I even succumbed and bought myself a bicycle- not any bicycle- it had to be a vintage one- so I bought one.. (and it matches a friends- who also bought one.) 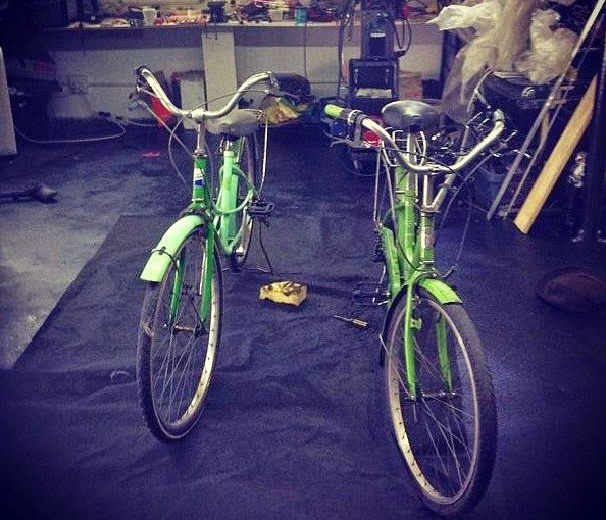 Now we had to start stripping the bicycles- re spraying them and then assembling them (till the very stressful night before the event.)

Our Bicycles after stripping and spraying..(photo taken after the festival..there was no time before 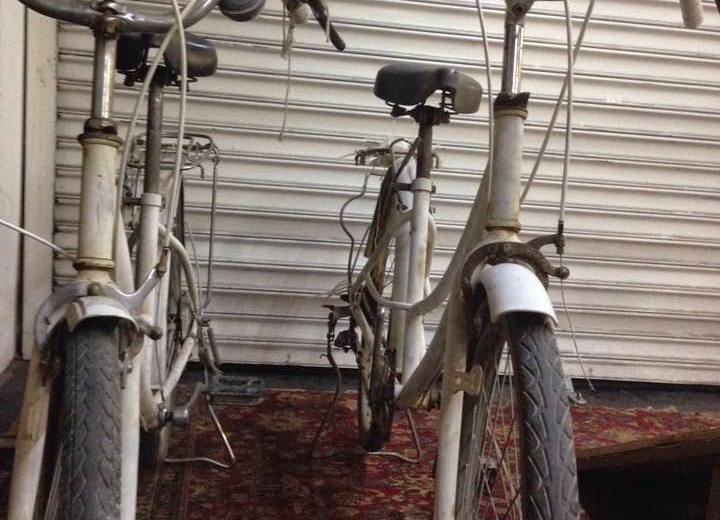 Because I believe it’s all in the detail and I am a pretty insistent person, my bicycle friend, studio partner, videographer, bike (motorbike) customiser and creative mastermind Mike surprised me with these little matching details #manofmanytalents. Thanks Mike!: