I recently watched Damien Hirsts’ documentary -Thoughts, Work, Life (2012). It struck me how much emphasis was put on the value of: “For the Love of God”. 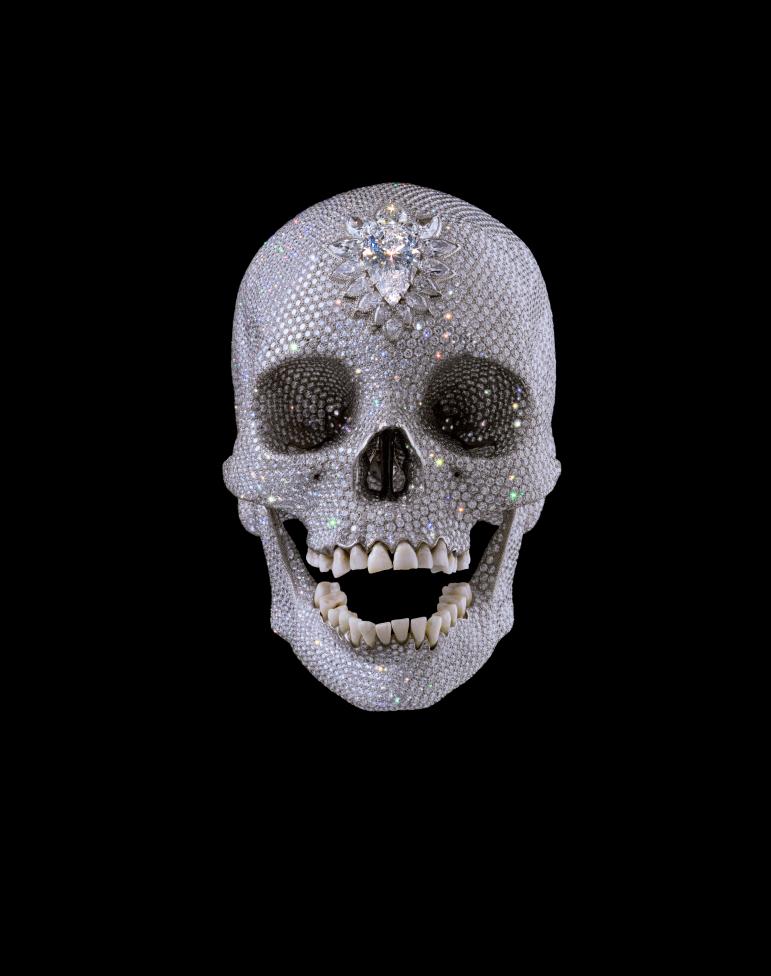 In the part of the documentary where ‘’ For the Love of God’’ is presented, it is introduced with a few short clips of Hirst being interviewed. In all of these interviews he is repeatedly asked questions around the value of the artwork, its worth, and things such as how many diamonds were used etc. Hirst repeatedly replies in a somewhat dismissive and annoyed manner, that: “it is not about the money…”

This reminded me of a stage I went through a few years ago, where I really questioned what art is, or should be.

I guess most artists go through this- maybe even a few times in their career. The short answer I found, is that art is something truthful, created from a very honest place.

The monitory value has no indication of its value to the ‘true’ artist. In this case, Hirst.
Whilst I was grappling with art, what art is and art practice a few years back, Hirst happened to produce ‘For the Love of God’.

The way it seemed the large majority responded to the work, proved to me that capitalist notions exceed the appreciation for artistic genius, it masks meaning, in a way that takes away from the truth.

Despite the exact reasons Hirst created the work, to me the meaning was this – We will all die, despite the material possessions we have or gain in this life.

It spoke of greed and death and our sinful desires. How death remains constant, even when decorated. It spoke to me of a capitalist society, lived through wars started over greed of material things and religions.

In short I thought how most people received the work proved exactly these statements – the material value exceeded the meaning. The focus was shifted immediately to the value of Hirst’s piece.

I thought about the skull a lot – who it belonged to etc.

My dad always had a real human skull that was converted into a decorative ashtray in his bar at home. Ever since I can remember this scull- that I later found out was purchased on one of his trips to Hong Kong- was displayed and used in his bar. Guests were usually humoured by this ashtray, as a little girl I could never get my head around that.

This used to be a person – just like us – that died – just like we will. To me there was no humour to be found in this. 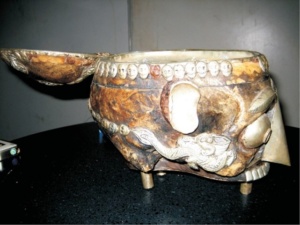 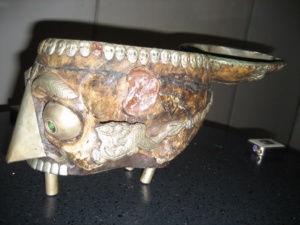 Furthermore, using the scull to smoke with and to put your cigarettes out in was like ‘cheating’ death in a way, perhaps mocking it. We all know the result of smoking.

It surprised me how our own desires and ‘greed’ our addictions purely for our pleasure was used to ‘mock’ and laugh off something serious and certain – death.

It reminded me how people put emphasis on the value of the diamonds on Hirst’s skull, but forgot about the person who died.

How people blindingly stare at death (the skull), but prefer to ignore the certainty of death completely and focus on the material. How our desires and greed is more powerful these days than life itself.

I decided to create a smoke room for my next exhibition. This all also happened around the new smoking laws in South Africa, where people had to smoke in a ‘room’ specifically created for smokers.

I was a student at the time, and had very little money, but I wanted to enhance this feeling of death – I wanted to shift peoples focus.

I managed to get a company to lend me a 6 foot walk in fridge/freezer. 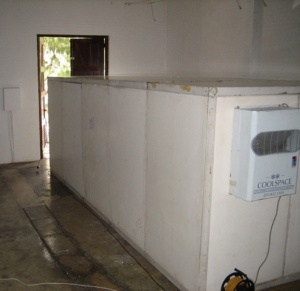 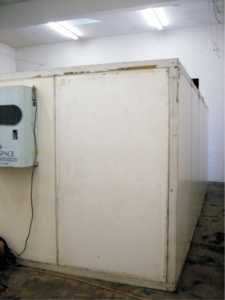 I set the temperature to that of a morgue – this would be the smoke room. 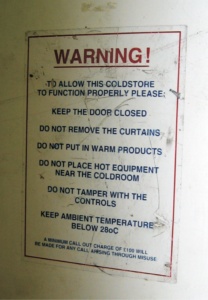 I placed a little table inside with the skull ashtray on it.

(Interestingly Hirst also worked with ashtrays in his earlier work, I only recently discovered this J

Around the ashtray I placed lighters with Palestinian leaders on them. To light your cigarette, you had to flip the lighter like a hand of cards. 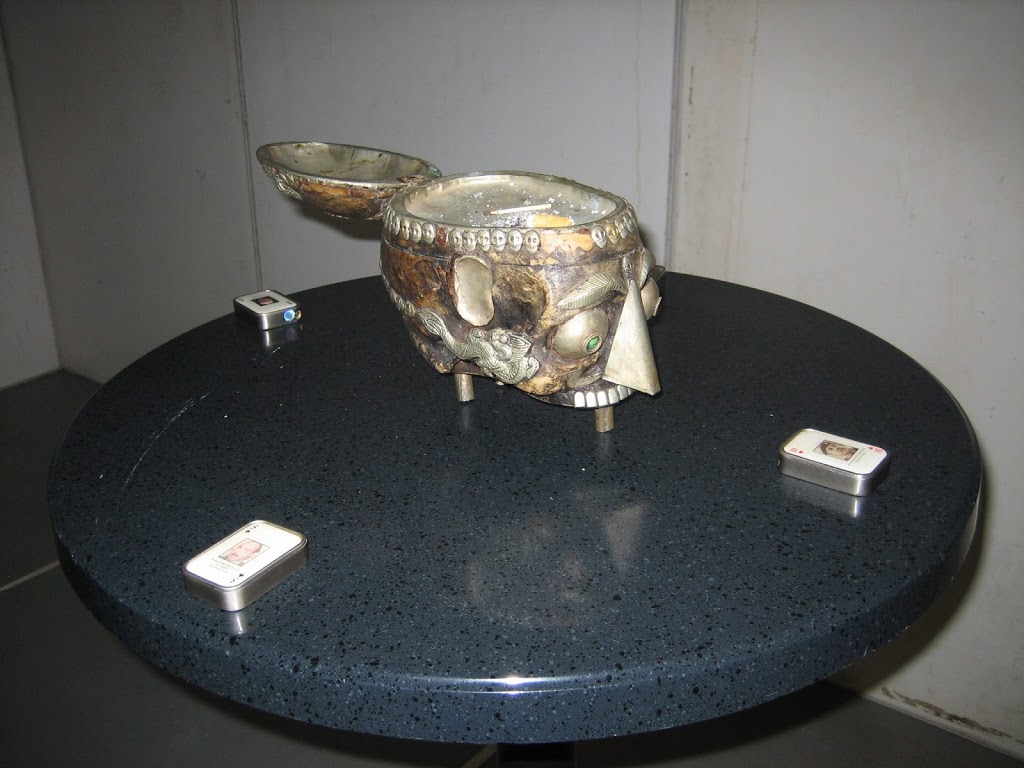 The cards unfolded with the leaders face on the front.
This to me enhanced the idea of luck, limited time, politics, war and greed.
Outside I placed a cigarette machine.

Instead of writing the prices of the different packs of cigarettes, I wrote Hirst’s title…. ‘For the love of God’ on the digital price display screen. 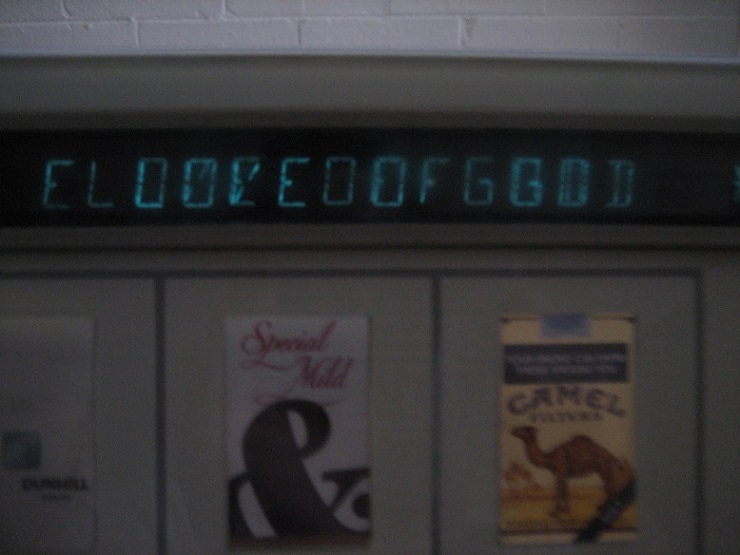 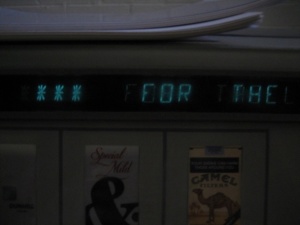 People were confronted with their beliefs and religion, instead of a price tag when they collected a pack of cigarettes to go smoke inside the cold room.

They were also confronted with one of the titles of possibly the most popular work of art of our times.

I hoped to have shifted their focus, to recognise not only the real meaning in Hirst’s work, but to realise how often we miss the meaning by our inherent greed and desires. By masking reality with desire, we ignorantly can be the cause of our own lives lived in vain.

I found Hirst’s documentary profound. It answered many questions I have always pondered and explained experiences I had as a student and thus far in my career.

I have absolutely no doubt that he is a genius – a true artist, and in some senses a muse to me after watching this.