To my surprise, when I tell people I am doing a sculpture at Afrikaburn, some of these people’s immediate reaction is that they do not agree with Afrikaburn’s ethos. I get the sense that my fellow people do not believe that Afrikaburn is a place where ‘real’ art should be showcased. Fine Art, with ‘real’ meaning, does not belong at a festival like this.

This Artwork comments on the particular popular culture happening in an environment, such as Afrikaburn.

”JUST GONNA STAND THERE AND WATCH ME BURN?” challenges the viewers to disregard their preconceptions regarding Fine Art, Art placement and environmental influences on the perception and definition of Fine Art. This landscape and this festival, are both a very particular canvas.
Do the exhibiting Artists aim to showcase an unusual aspect of Fine Art, or is it simply the creation and display of large psychedelic figures blown out of proportion with the intent to burn something?

Some BIG psychedelic inspired structures at the festival in 2014: 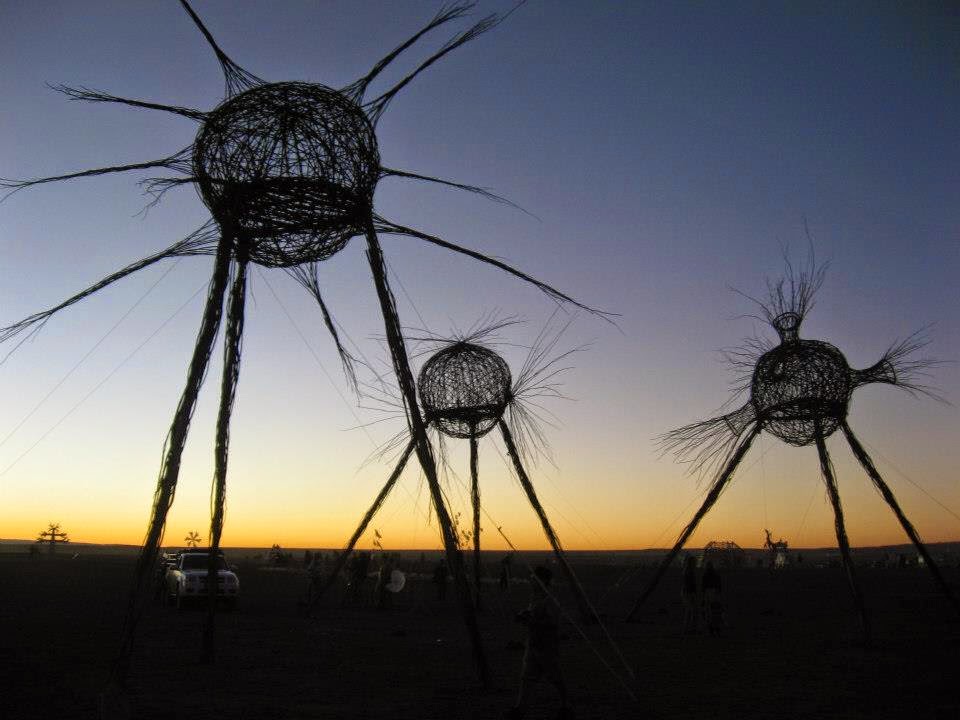 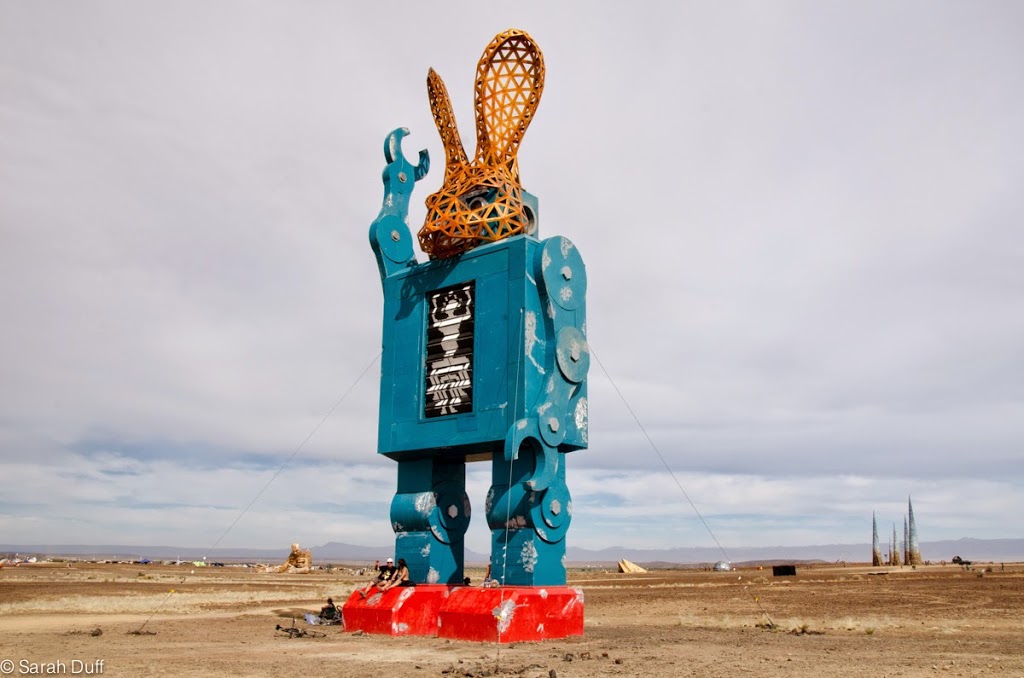 Some BIG psychedelic inspired structures at the festival in 2014:

I believe this artwork uses the landscape, and the festival as subject matter in a conceptually clever way.
This artwork will have no meaning taken out of the Afrikaburn context.
The title of the artwork: ”Love The Way You Lie” should be the first thing to consider when conceptualising the piece, drawing namesake from Rihanna’s song- “Love The Way You Lie”. The work draws inspiration from the psychedelic, drugged, neon- hippie culture associated with such events and design inspiration from the Hollywood sign.

Lit up and flawless from the front, it tells a different story from behind. The letters look industrial, constructed and covered in graffiti. Love The Way You Lie is the same, perfect from far, but far from perfect – with exposed planks keeping the structure intact. The artwork is only appealing from the front: like a room constructed in a movie set, like the ’empty promise’ of an American dream, places like Hollywood and the idea of ‘making it big’.

Perhaps this artwork aims to be meaningful, but like so many others believe, is conceptually shallow in reality? 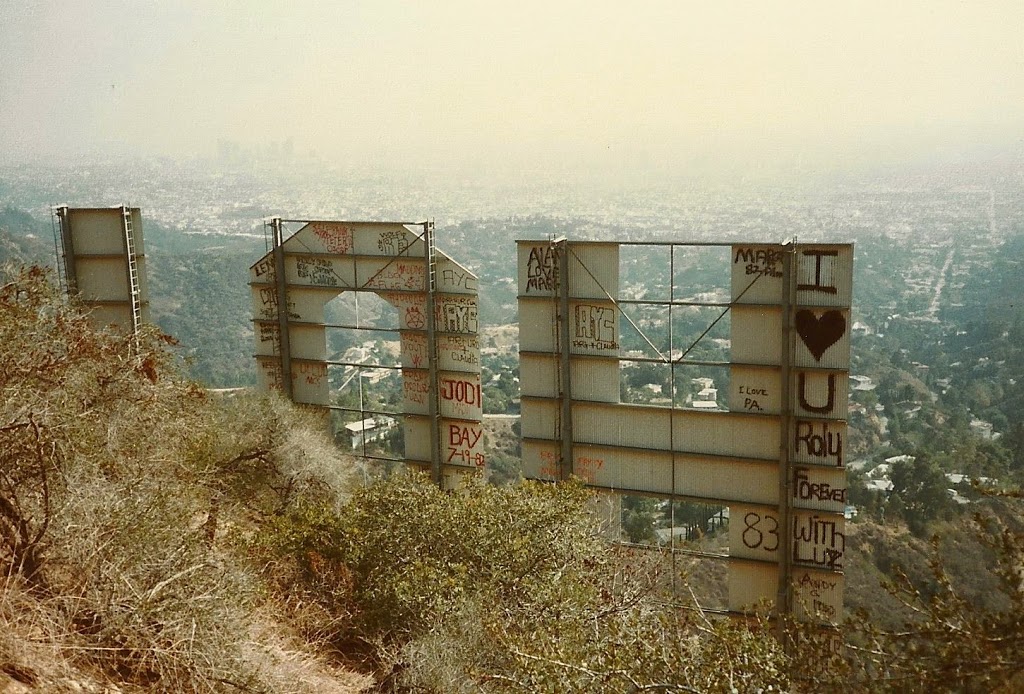 My artwork aims to comment on the psychedelic “hippie culture” – playing itself off on this landscape of the festival through the burning of “meaningless Art”. Does the viewer at this festival know what they are burning? Why are these structures being burnt? Is there even any meaning in these structures burning? 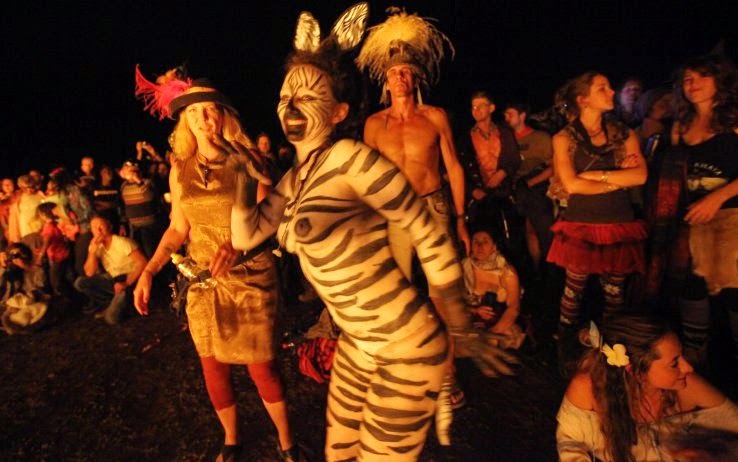 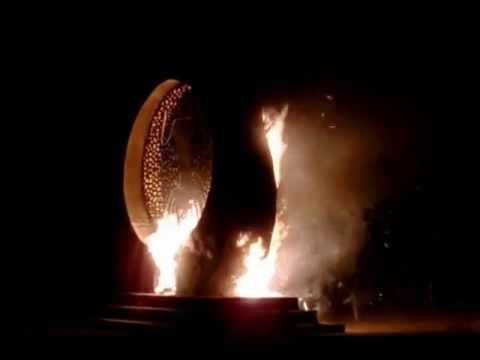 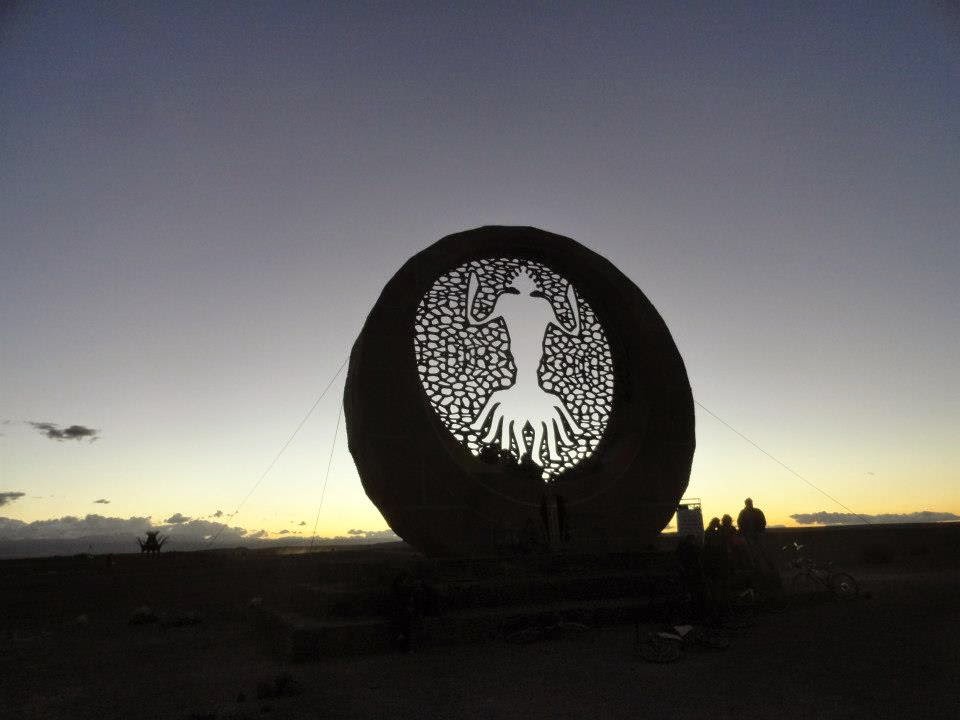 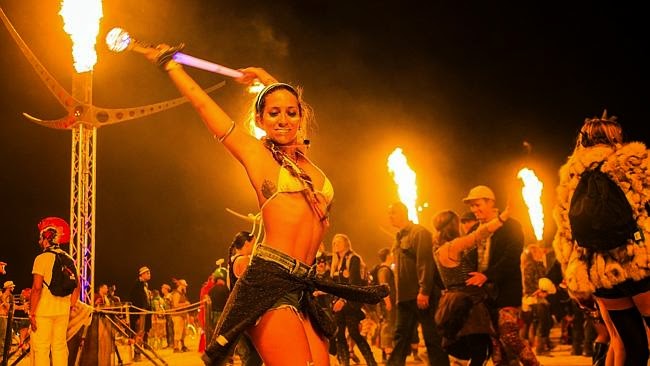 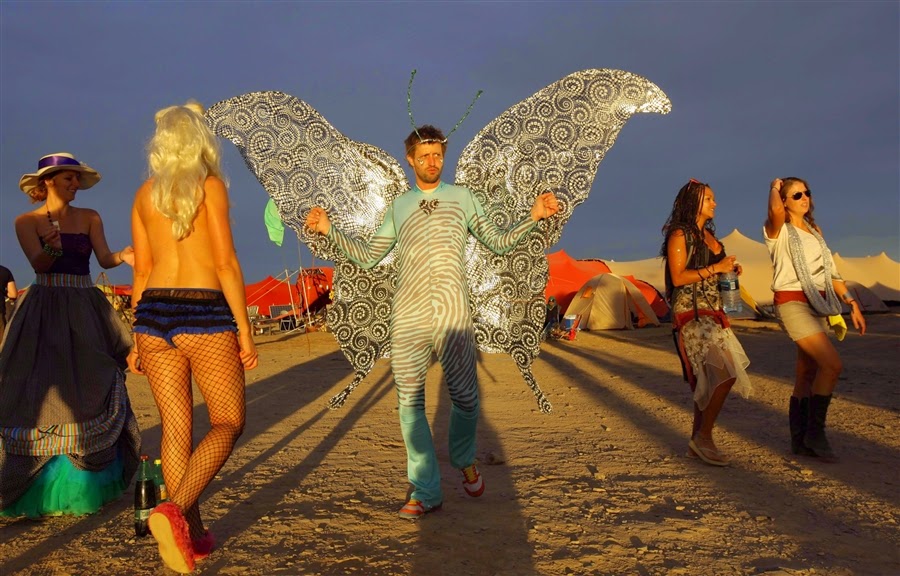 What was quite revealing to me is that this is obviously not only an issue that lends itself to the type of ‘art’ created in the Afrikaburn context, but that there is a problem with the general idea of what art is, or should be. Here, the viewers are placing art in a confined box of sorts, categorising ‘art’ as something that should and could only be considered valid if it is showcased in a ‘serious’ setting. I am not sure what these ‘serious’ settings involve, but I am sure it involves galleries and society where it is surrounded by ‘serious’ art and ‘serious’ issues such as poverty etc.

I then came to the realisation that society places the entire modern day practice of art, into this confined box. There are perceived and pre conceived ‘rules’ about what art is and should be, followed to such an extent that it blinding parts of the art familiar society. These viewers cannot see or appreciate anything as art outside of these pre conceived rules. ”Love The Way You Lie” could not be a title more truthful in revealing these pre conceptions or rules as false by commenting both on the miss-practice of art on the Afrikaburn platform, yet also on these pre conceived ideas of what Fine Art is – and should be. This artwork would loose all it’s meaning if it was created out of the Afrikaburn context for both personal and artistic reasons.
I get asked the question – What are you going to build next year?

The answer is – Nothing.
I will not be building anything at Afrikaburn. again. This artwork was created as a comment on Afrikaburn, and art in this sphere. I am creating it from a once off personal experience at the festival. I obviously experienced an array of things at this festival, and as an artist, the ”art” I experienced here, the burning of it and everything that revolves around it inspired me to create an artwork that comments on this.

I learnt that art is not something that should, or could be confined to a “box”. I hope I proved that art displayed at something as refined as Afrikaburn, could break these boundaries down. No matter how educated the viewer is on art, their views could be equally as ’wrong’ as the not so educated viewer. When it comes to art, after all, there are no boundaries.
xx