‘Emoticon #1’ and ‘Emoticon #2’ was a photographic installation that formed part of my solo exhibition ‘I love you.’

‘Emoticon #1’ consisted (partly) of a photograph of a dying Rose that was styled and photographed in studio to resemble Tretchikoff’s ‘Weeping Rose’ as well as making a very visually direct link to the emoticon of the dying Rose on social media??

‘Emoticon #2’ partly consisted of a photographed foil heart balloon that was filled with helium, and then became less ‘floaty’ and more wrinkled over time.

Both the prints were framed and exhibited opposite mirrors of exactly the same size on the opposite end of the dressing room.

This resulted in the ‘dead’ item in each of the individual prints to reflect in the mirror/s ‘over’ the ‘fresh’ item/s that was standing on the opposite side of the dressing room in front of the mirrors.

This reminds us of the looming death’ we all so fear when falling in love, and eventually the fear that prevents us, or restricts us to fall in love freely.

It awakens in the viewer the ideas we have around our belief or disbelief in the concept of ‘everlasting love’ over time.

Therefore both these works deal with love, death and decay in a similar way Tretchikoff’s does.

All these symbols, the rose, the swan, the heart and the foil balloon (that seemed to have really found its way into fine art via Koons, Banksy etc) back when Tretchikoff painted his ‘weeping Rose’ or the symbolism of his painting ‘Dying Swan’ is just as relevant today as it was back then and arguably even more so in a digital age, and therefore the tile: ‘Emoticon’.

Please see the writing on the exhibition in my journal if you are curious to see more about the symbolism of ‘the swan’ in the overall concept of the exhibition.

I wanted to further parallel the connection to Tretchikoff through the way in which I added the signature on the photographic prints.

This is something one does not very often see in Photography, but Tretchikoff signed many of his paintings in this way.

The signature becomes part of the picture, therefore making it part of the aesthetic of the work, and therefore binding the artist’s name directly to his subject matter in this way.

I found this interesting, as there is a vocal connection in the surname ‘Tretchikoff’ to the word treacherous to me.

A word so often associated with the tedious emotional experience people associate, feel and even utter when they speak of love or their lover – this again directly links to an emotion, and ‘Emoticon’ simply numbered #1 and #2 made so much sense to me as a title. Just like social media and through social media narrowing and numbing feelings and concepts such as ‘love’ down to a mere symbol or even a number.

The digital age calls for symbols to sometimes express the deepest of emotions over a phone in a split second – in the form of a simple logo like image of a dead Rose or a digital broken heart. Making emotions such as ‘love’ and feelings seem almost abstract by marginalising such concepts.

Tretchikoff’s paintings also has a very ‘dramatic’ or ‘staged feel to them, and therefore the whole installation, from the styling of the props when taking the photograph to the way it was reflected in the mirrors of a dressing room added to the conceptual depth and theatrical undertone of the installation.

Part of “I love You” solo exhibition 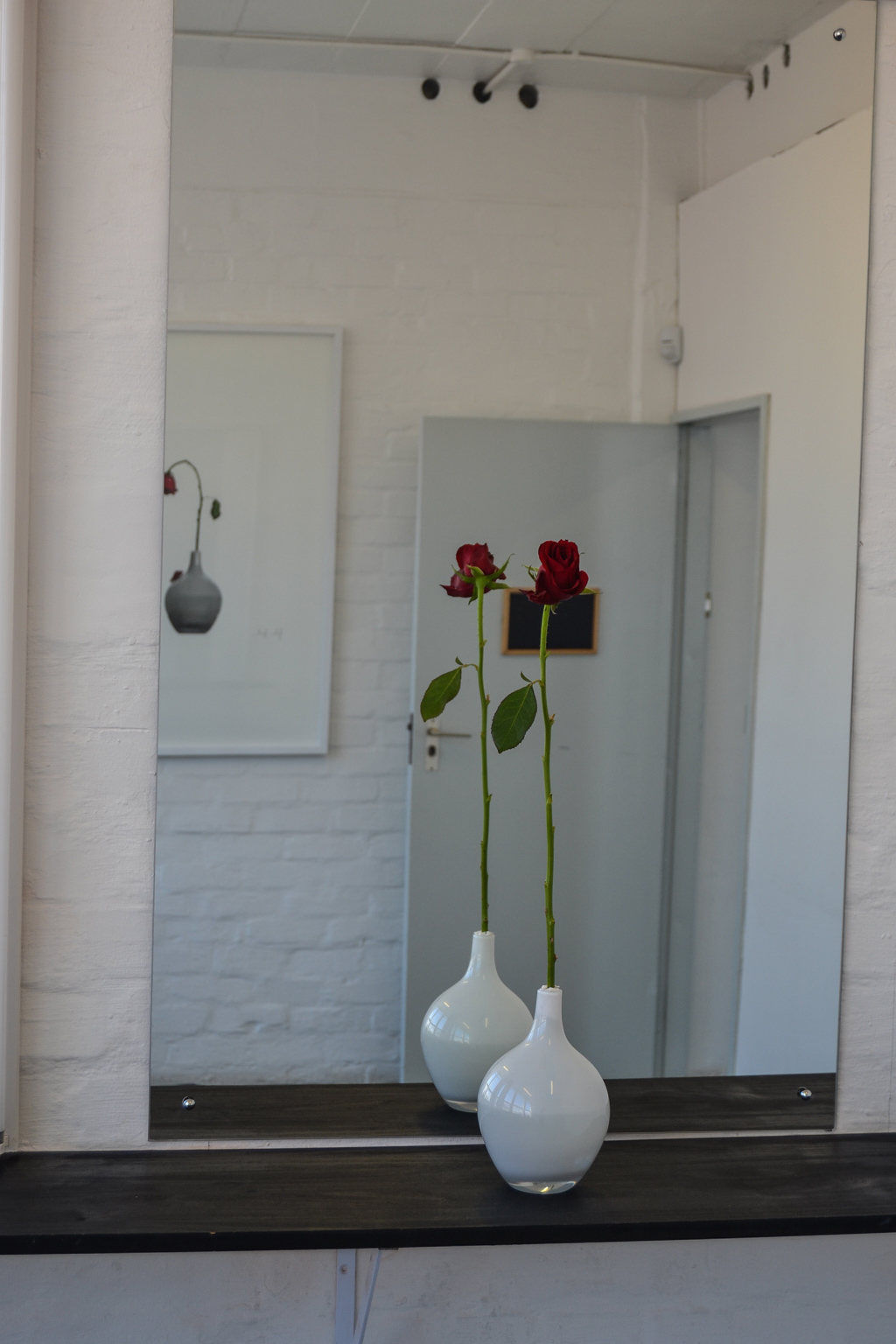 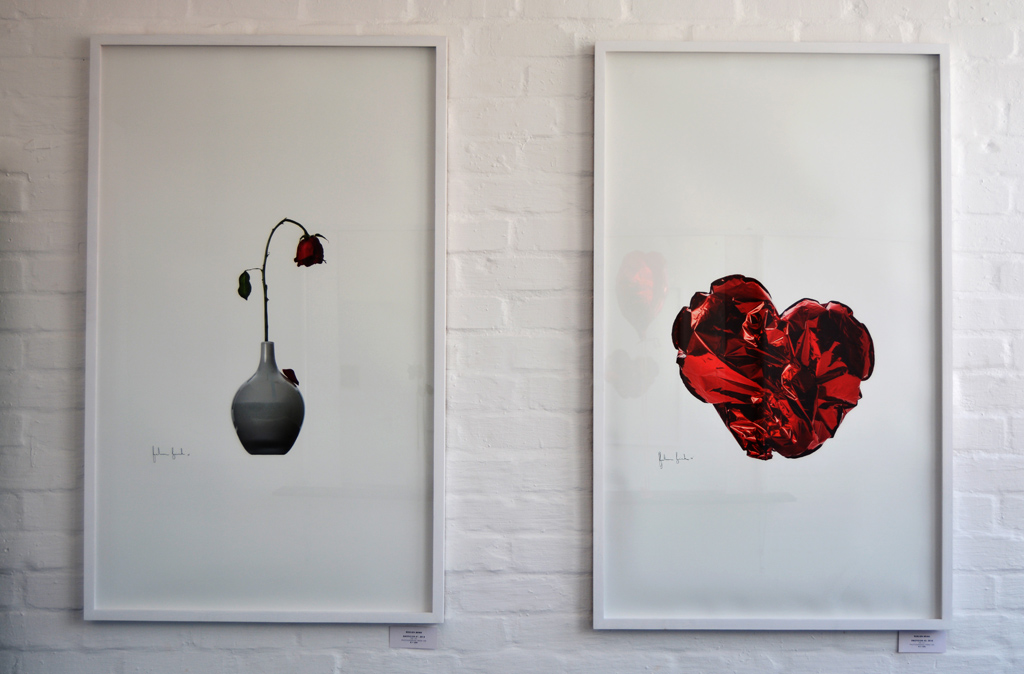 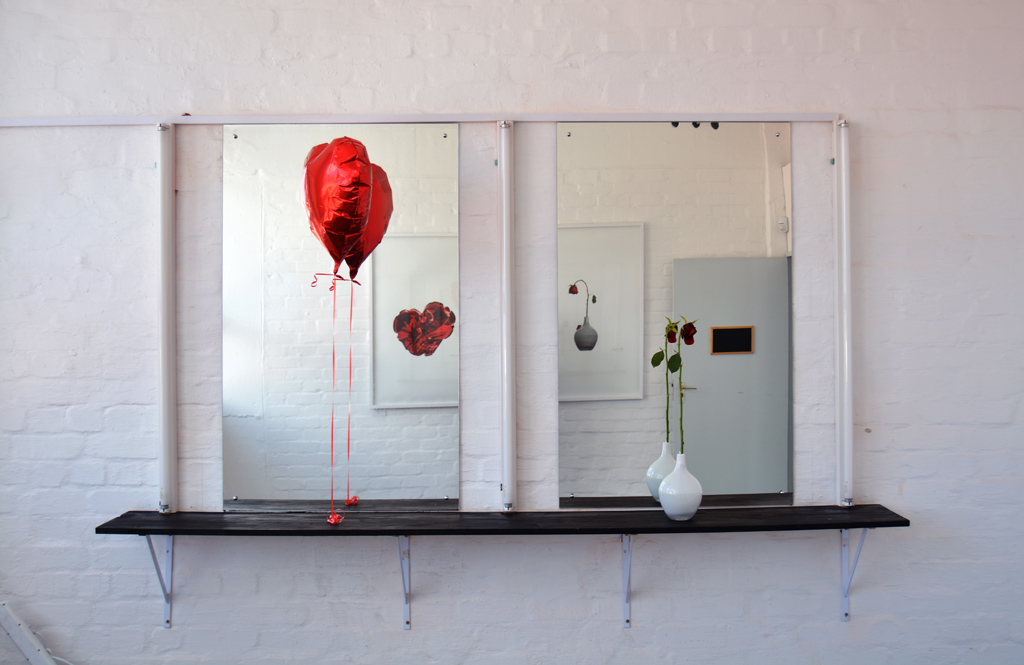